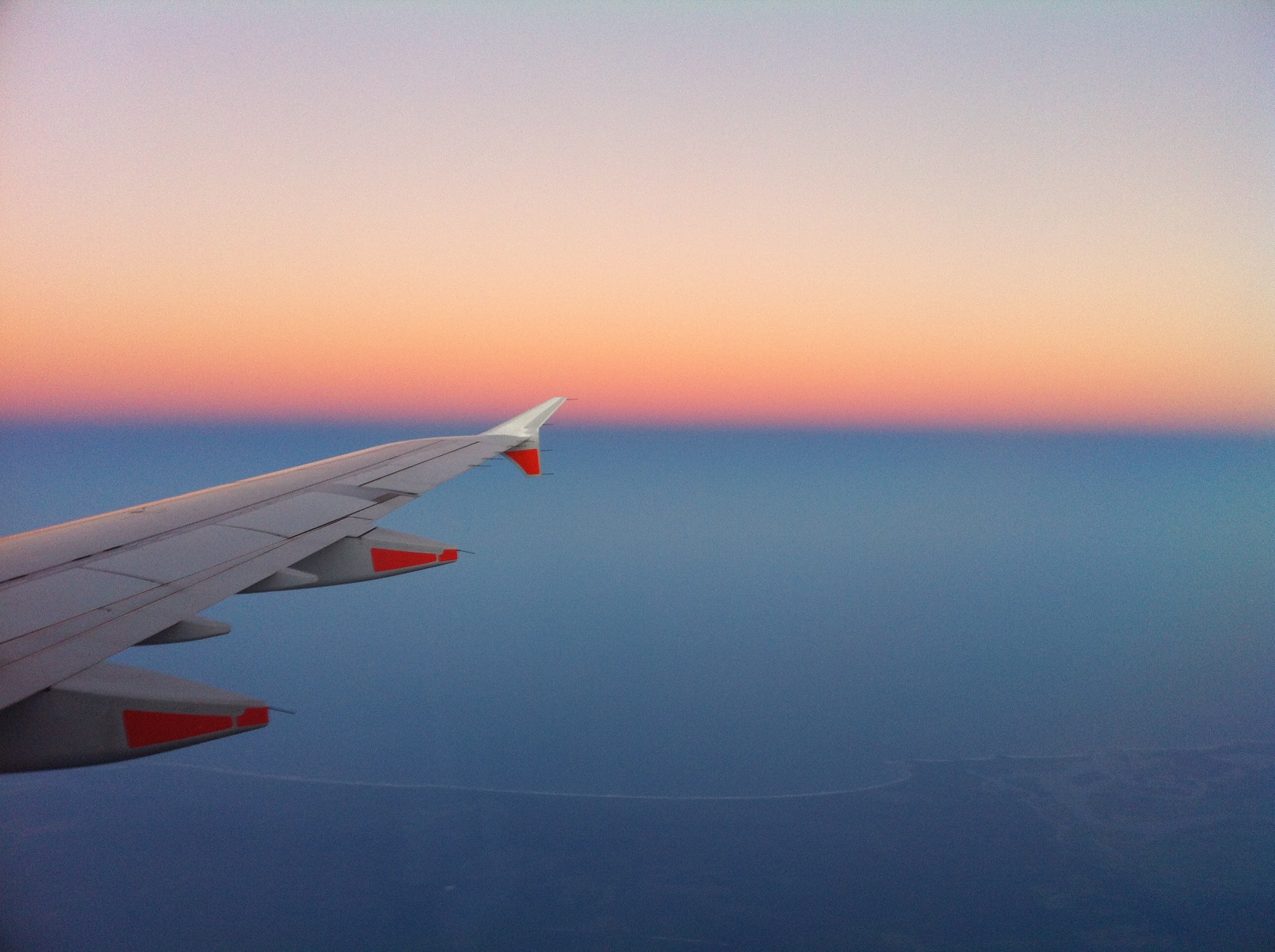 I’ve flown many airlines, but my recent trip with Air France, is the first time I’ve felt compelled to actually write about my flight experience. Often times, these sort of reviews are as a result of some sort of catastrophic experience, but this is quite on the contraire. Recently, I booked a last minute flight from Amsterdam to Madrid. Said flight was at an abhorrent hour, of 6:45 a.m. which meant I had to be at the airport at 4:45 a.m. My journey to the airport in and of itself, was a cluster; but that’s another post for another day. Just know, that that flight, at its ungodly hour, resulted in me being awake for a solid 43 hours straight, minus the couple of hours of sleep I got on the flight and the 10 minutes here and there while waiting at the airport.

This was my first flight with Air France, but it’s pretty standard in the sense of many European airlines. You’re allotted (1) carry on and (1) personal item, not to exceed a combined weight of 12kg (26.5 lbs). I am #teamcarryon all the way. This has not always been the case. In fact, I was that girl that would pack 73 outfits for a 3 day trip, often checking 2 bags, plus a carry on. What in the world was I thinking? Smh. But, I digress.

For this particular trip to Madrid from Amsterdam, I had to bite the bullet and check my bag, because my suitcase alone exceeded the weight limit and there was just no getting around it. I ended up not adding the checked bag until I was actually sitting in the airport waiting to check in. It costs 30€ online and 40 € if you pay in the airport. Save your 10 bucks. Book online.

Check-in was pretty quick, easy, and painless, and the service desk attendants were incredibly kind, even at 4 o’clock in the morning. I’ll never understand where people get this sort of energy from at that hour. I swear they’re like unicorns; meanwhile, I’m walking around like I’m straight out of the zombie apocalypse. 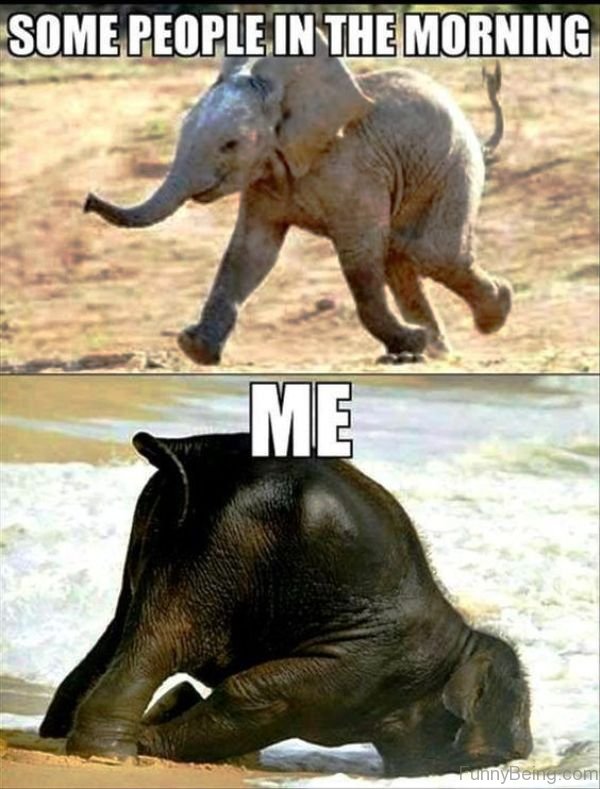 Since this was a short flight, the flight itself didn’t come with a lot of frills, at least not for me, in regular, shmegular, Economy class. Business class is served with refreshing towelettes, a meal, and complimentary champagne, even if it is just a short, intra-Europe flight. Although I was not spoiled with champagne and a hot meal, I did receive a sandwich, cookie, and beverage on both legs of my flight (there was a short layover in Paris).

I was sleep before the plane even took off to Paris, and was only awake long enough to eat my sandie. The flight was only an hour long, so yeah, not much sleep. Once at Charles de Gaulle airport, I made my way to my gate, where I checked, double checked, and rechecked I was at the correct gate. I waited patiently for my flight to board and must have checked my ticket a hundred times, waiting for them to call us to board. It got closer and closer to boarding time, and still no word. After a while, I just assumed the flight was delayed as many others were asking the attendants questions and the attendants were explaining something. I couldn’t understand what was being said, but the body language said the flight was delayed. Or so I thought. 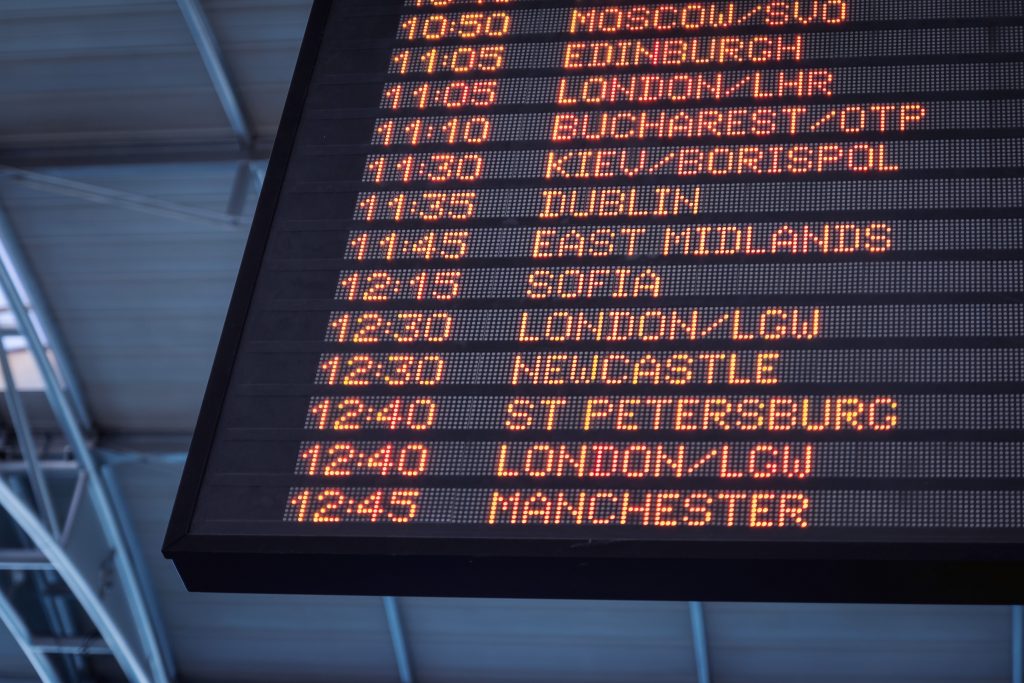 8:35 a.m. came and went. Finally, around 9:05 we began to board. As I approached the attendant to hand her my boarding pass, I noticed the board said boarding for Lisbon.

At this point, I’m delirious from exhaustion and just wanted to sleep (at this point I was 26 hours in, with no sleep). They could’ve said sorry ma’am you’re SOL and I wouldn’t even have minded at that point. But, I got to customer service, mustered up a smile and a “How are you today?” and explained I’d been waiting at my gate for the last hour and a half, but was never called to board. She looked at my ticket, clickety clacked on her computer and said, “Your flight has already left.”

I’d figured that, but what the hell happened? And as if she read my mind, right on cue, she said, “The gate number changed.”

She clickety clacked on her computer some more, while I tried to figure out life (and by life, I mean what the heck I was going to do in that moment) and get out a coherent thought. Again, this telepathic angel said, “I’ve gone ahead and changed your flight to the next flight out. It departs at 12:15. Usually, there is a charge for this, but I have waived it for you this time, since you still have time to make this flight.”

Thank you soooo much!

She went on to say my luggage would be transfer and would be waiting for me in Madrid. She directed me to the correct gate and told me to keep checking to make sure the gate doesn’t change again.

At the time, I didn’t think to check out the Air France lounge; though, I wish I would have. They have showers, free wifi, a buffet and beverages. The cost is 35€ or 50€, depending on the time, but well worth it, I’m sure, when you have hours to kill like I did. Plus, I probably could have gotten a lot more sleep had I went to the lounge. It’s just something about sleeping in airports where I feel like everyone is staring at me with my mouth agape and drool dribbling, and the next thing you know my face is plastered on some meme that’s gone viral. No thanks! 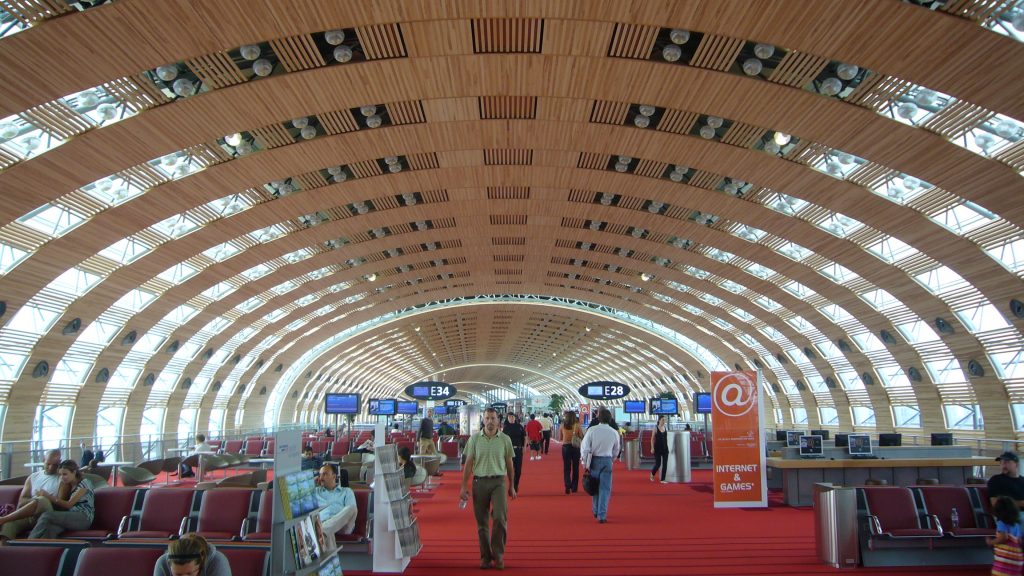 I finally made it onto my flight, with no additional hiccups. The flight attendants were incredibly kind, and again we were served a sandwich and cookie on the two-hour flight. I really wish U.S. airlines would adopt this practice. Who the heck wants pretzels? Ugh. And if I’m paying hundreds of bucks just to fly a few states over (not even another country), the least you could do is serve me a decent snack. Where’s the suggestion box?

I’ve heard tales of lost luggage never to be found or arriving days and sometimes weeks later. I’ve been fortunate enough to have never experience this, but today I figured my luck had run out. When the associate told me my luggage would arrive today or tomorrow, in my mind, I was like psssh…yeah right. I filled out the required paperwork, but had already succumbed to the fact that I would probably never see my luggage again; or, if I did, it would be far too late, and I’d probably be back in the states by then. Luckily, anything of any importance and value to me was all in my carry on, so I wasn’t distraught or even upset. Again, it was probably the lack of sleep so I couldn’t muster up a care to give. It’s just stuff. Clothes that can be replaced *shrug*.

I went and bought new undies (ironically enough, the spare undies I always keep in my carry on, I’d decided to wear that day because I was too lazy to dig into my suitcase and get a pair out), and luckily, my friend still had some of my clothes that I’d left behind that one time I decided not to move back to Madrid, five days before my flight. So, I was covered for the next couple of days if need be.

However, lo and behold, there was a ring at the door the next morning and it was my luggage!! I had zero faith that I would actually ever see my luggage again, but Air France came through! Not only do they have impeccable service, but they are an airline of their word. I will definitely be flying with them again and you should too!

Book your next flight with Air France, here! 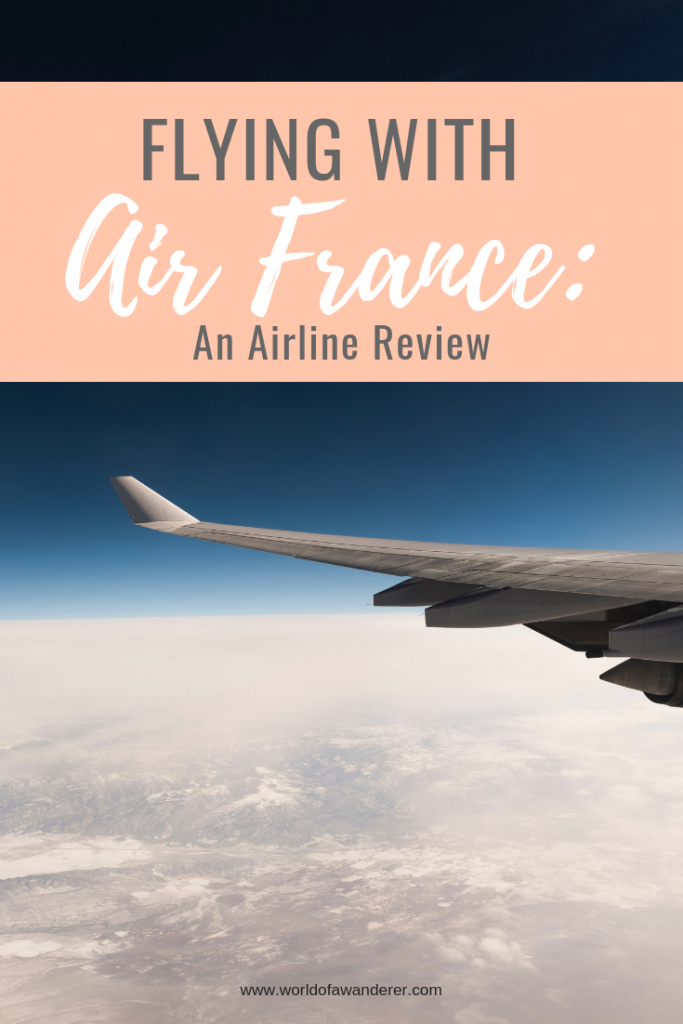 P.S. this is not a sponsored post. I received nothing in return for writing this post. Just my honest to goodness experience. 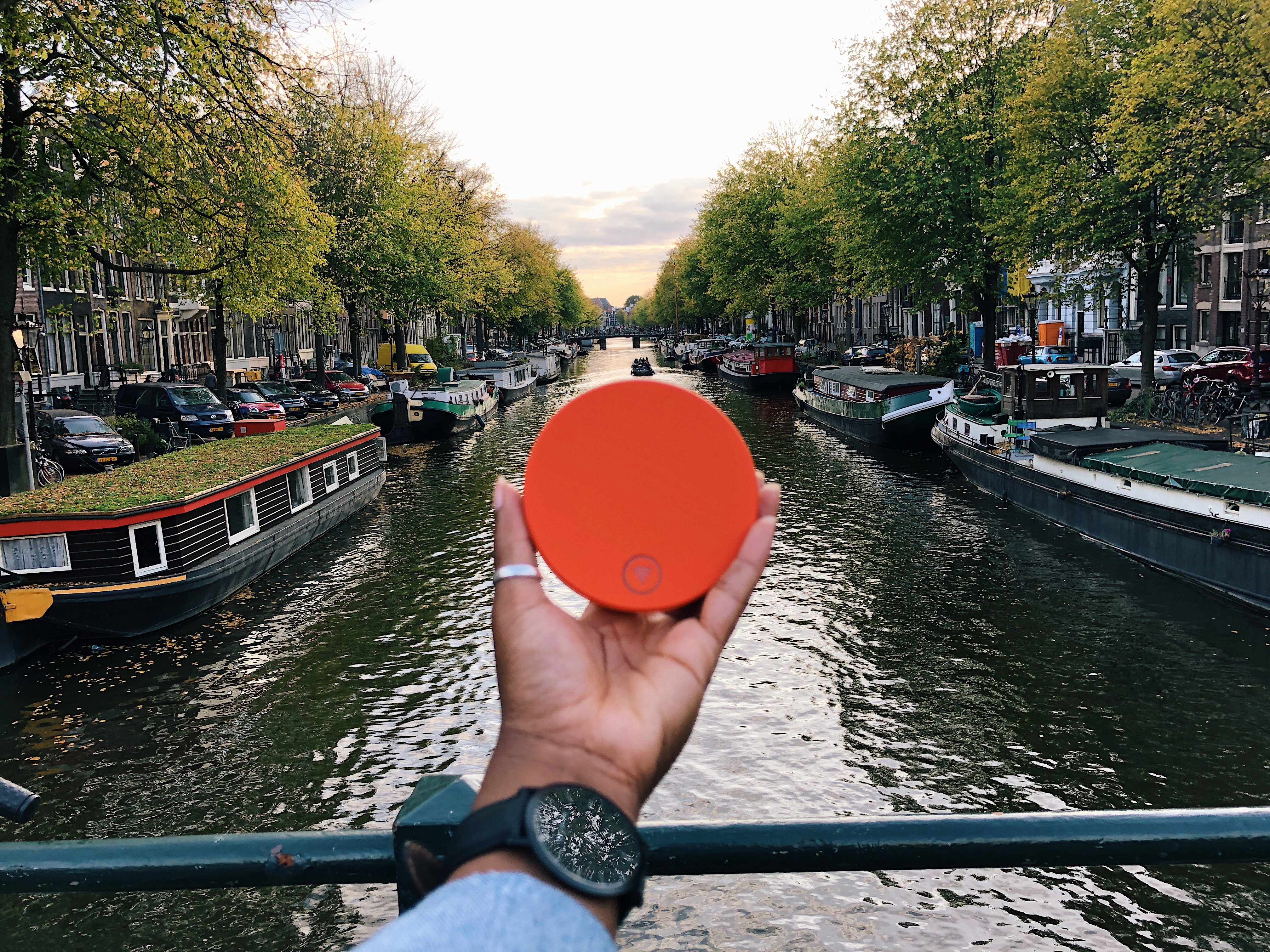 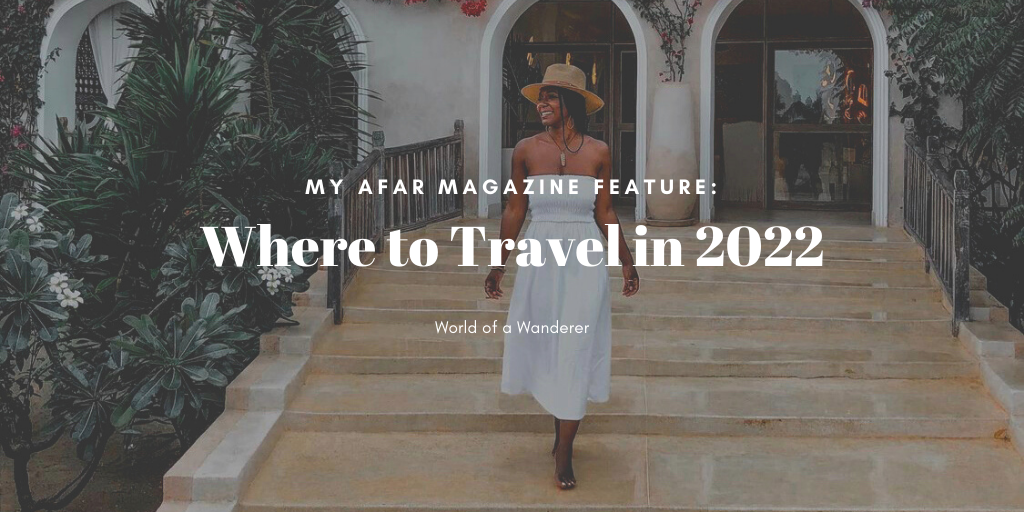 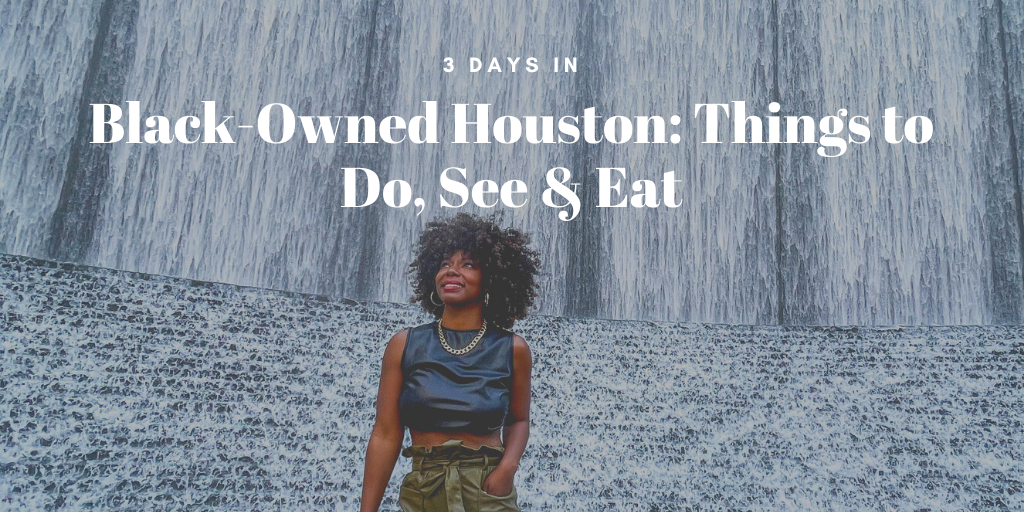 3 Days in Black-Owned Houston: Things to Do, See and Eat 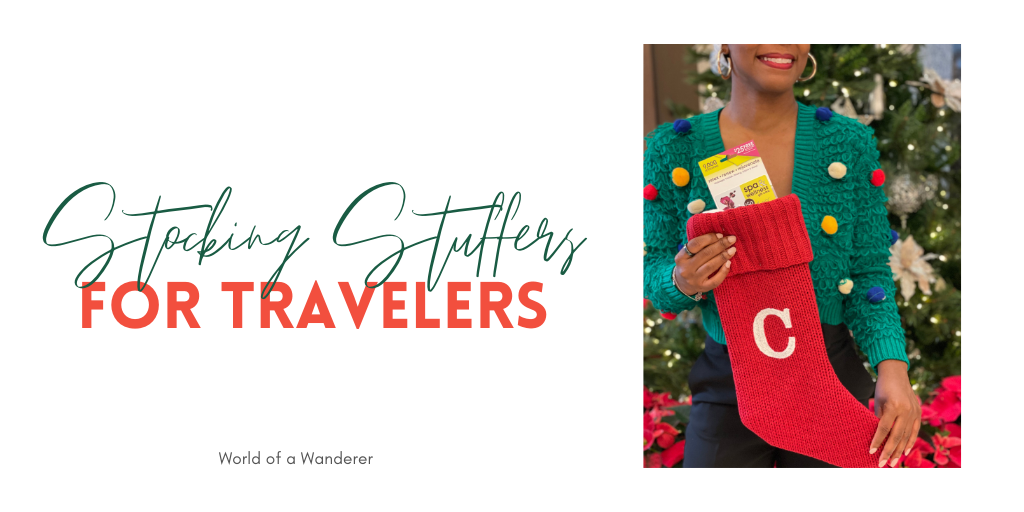 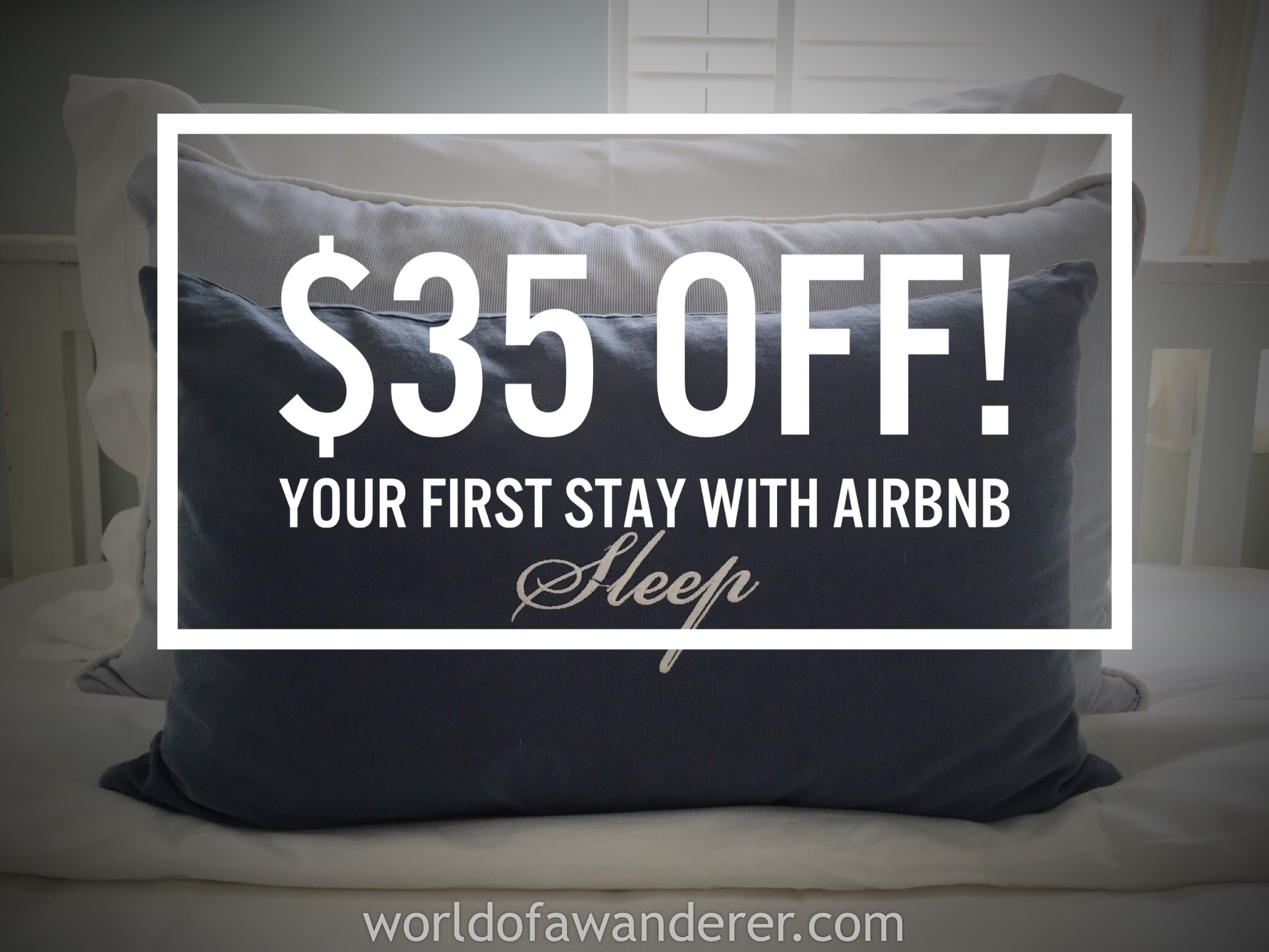